A modern day twist on the traditional cameo[/caption]

I love that Cameos are now back in vogue, I remember my mother wearing a massive cameo ring back in the 80's and wanted it.  The take for 2012 is bold and bright and I totally rate the laser cut perspex pendants above from Sarah Keyes that are a bargain at only £22.00 each! If you prefer a haute variety look no further than the Miu Miu and Tom Binns versions below.

Tom Binns' range can be purchased from Net-A-Porter and Miu Miu's from My Theresa.
Posted by Salon Kitty at 18:01 No comments:

Amber Atherton, looked pretty in pink this evening and was snapped in an Alice + Olivia Trixie Beaded Stripe Dress at the Serpentine Gallery's Annual Party.

Get the look at Oxygen Boutique before they sell out!
Posted by Salon Kitty at 00:09 No comments:

Now that Summer seems to have arrived I am looking on the bright bright side of life and when I say bright I mean mellow yellow... 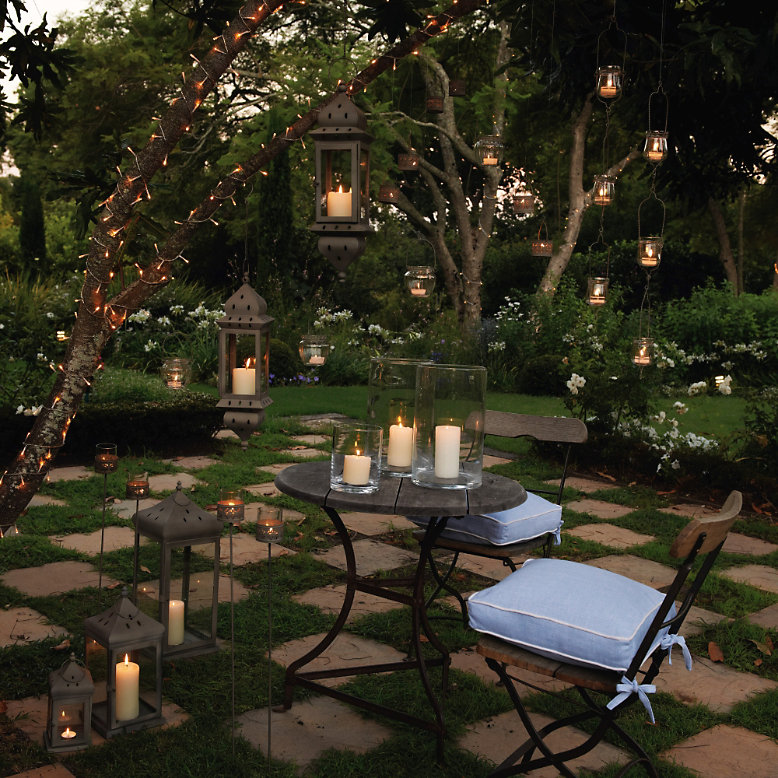 If you are anything like me you are delighted to have access to The White Company's Summer Sale Preview.  Click here to view the bargains to be had!
Posted by Salon Kitty at 23:28 No comments:

It was only a matter of time before Giuseppe Zanotti jumped on the designer mens shoe bandwagon and the results of his first Giuseppe Homme collection are fantastic. For stylish men only.
Posted by Salon Kitty at 17:38 No comments:

Selfridges gears up to an historic summer of sports with the launch of its limited edition Urban Survival Backpack range, created by some of the world’s most esteemed brands.

No one doubts that amid the joy of hosting the Olympic Games, Londoners will also have to cope with a certain degree of chaos in the capital, including an extraordinary influx of tourists and the congested transport system.

Selfridges has decided to help lighten the load by commissioning a series of ten limited edition Urban Survival Backpacks from British and international brands including Mulberry, Vivienne Westwood and Paul Smith as well as 3.1 Philip Lim, Barbour and Nike. Each gives their interpretation of what it will take to survive London during the Olympics, complete with a full survival kit inside.

Anya Hindmarch’s kit fully embraces the games and comes complete with a pair of running shoes, an end-of-marathon foil blanket and even a trophy. Meanwhile, 3.1 Phillip Lim suggests staying away form the busy streets with Nars bath products and a DVD. Mulberry has created a limited edition backpack version of the covetable Alexa, filled with must-have Mulberry accessories such as an umbrella, Oyster Card holder and double-decker keyring.

The range of ten bags also includes Selfridges’ own Urban Survival Backpack and kit, featuring a bespoke Pantone 109 yellow Eastpak bag. Inside you’ll find a selection of Selfridges yellow products including an umbrella, a special edition Wallpaper City Guide, a bar of Kendal Mint cake and other practical and fun goodies.

The Urban Survival Backpacks are available from 21 June at Selfridges London’s Big British Shop on G and online.
Posted by Salon Kitty at 23:14 No comments:

Email ThisBlogThis!Share to TwitterShare to FacebookShare to Pinterest
Labels: Selfridges

Don't get stressed, get dressed in one of one Anna Ewa Designs' beautiful kaftans. The bold, bright colours and patterns printed on superior quality silk makes these timeless kaftans a wardrobe stable for any occasion.  You can wear them over a bikini whilst sipping cocktails poolside or add statement jewellery and towering heels for a fantastic evening look.

Based in Sydney, designer Anna Wajzer draws her inspiration from her time living in Dubai where she noticed a lot of the Emirati women wearing the beautifully adorned kaftan like garments everyday in any setting.

Stacey Bendet has done it again and I want to buy multiple items from her latest Alice + Olivia range.  If only the weather clears up so I can wear a mini without getting hypothermia!

It looks as though I will be hittting both Oxygen and Harrods aprés work to see what items they currently have in stock...
Posted by Salon Kitty at 16:09 No comments:

Maison Martin Margiela has confirmed that it will be the next designer brand to collaborate with H&M, launching a collection worldwide on November 15.

The Paris-based label, whose elusive Belgian founder left the company in 2009, is much revered in the fashion industry for its avant-garde aesthetic.

And though it does not share the same status as past H&M collaborators Versace, Matthew Williamson and Jimmy Choo, a cut-price range is likely to enjoy the same kind of success if the excitement surrounding the announcement is any indication.

Will you be falling for the hype and camping out to buy a piece of this cut-price collection?
Posted by Salon Kitty at 22:22 No comments:

Katy Perry's fans who attended a preview screening of her film Katy Perry: Part of Me on Wednesday evening were given a special surprise in London when the star of the film turned up in person at the venue to introduce the film herself.

Completely unaware of Katy’s appearance in advance, the awe-struck crowd cheered and applauded as she made her way into the auditorium, where she also took time to hand out 3D glasses and popcorn to her audience.

She told the crowd, "Hey, hello! Is it alright that I'm here? We're going to watch my movie!" before she put on her own glasses, and sat down in the middle of the cinema to watch the film herself.

I have a feeling that that her film won't go on to win any awards but I totally rate her Carven Map Print Dress which can be purchased at Matches (where else?).
Posted by Salon Kitty at 20:07 No comments:

To Pee Or Not To Pee?

To pee or not to pee?[/caption]

Personally I think that Harvey Nichols' flyer for their upcoming sale is hilarious and it is generating more free PR than they could of hoped for.  The Summer Sale launches in store and online this Wednesday June 13th, with up to 70% off.  Save up to 70%??? Oh yes please!

Last night I had the pleasure of attending Gabrielle's Angel Foundation Gala Fundrasing event at Battersea Power Station and was lucky enough to meet Shingai Shoniwa from the Noisettes after she got everyone on the dance floor belting out the band's hits, Never Forget You and Don't Upset The Rhythm.

To find out more about this worthy cause click here.
Posted by Salon Kitty at 20:38 No comments:

Jillie Mack, who has been married to Tom Selleck for 24 years, looked sleek in a Wheels & Dollbaby, Winter Carine Bardot Dress.

She was spotted with husband Tom as they arrived for An Evening with Blue Bloods, at the Television Academy in North Hollywood, California, yesterday.

If you coveted Current/Elliott's leopard print skinnies this season then you’ll love its new spring-perfect pastel hues for SS12.

Choose between pale pink, powder blue or minty green, then style the rest ofyour outfit around them. Pair with a vintage-look T-shirt and a slouchy knit to finish the look.

You’d have to be blind not to notice the nuances of neon making their way into street style of late.  Originally popping up along the trim or lining of a piece, the trend has evolved into a full-on highlighter happy love fest.  Once reserved for construction workers and biking safety, the fluro frenzy is officially in fashion and it’s not rare to see an outfit comprised entirely of wake-you-up-more-than-coffee colors.

No matter where you fall on the neon scale (“just a touch, please” or “I moonlight as a safety patrol guard!”) you’ll surely benefit from highlighter heels. My current favourites come to us from Italian shoe designer, Duccio Venturi, who gives the basic pump and strappy sandal a bright awakening with neon hues.  Pick your favorite color and perk up any outfit, or go bold and collect all four!

Duccio Venturi shoes can be purchased at Browns and Moda Operandi.
Posted by Salon Kitty at 13:52 No comments:

Victoria Beckham, iconic fashion designer and ambassador for the GREAT campaign, shares her thoughts on what she believes makes Great Britain so special.
Posted by Salon Kitty at 20:31 No comments:

Who wore it best, Kate, Tulisa or Kim?[/caption]

The Duchess of Cambridge cut a swathe through the gloomy weather this afternoon as she stepped on to the Spirit of Chartwell wearing a vibrant scarlet Alexander McQueen dress.

What is surprising though, is that the Duchess seemed to have taken style inspiration from two most unlikely celebrities...

Kate's red Alexander McQueen dress, which she accessorised with her trusty LK Bennett nude heels and a Lock & Co hat - has been worn on two occasions in the past year since it made its debut on the spring/summer 2011 catwalk back in February 2010.

The first was X Factor judge Tulisa Contostavlos, who wore a sleeveless version of the dress for the reality show's auditions last July.

She wore the piece, with its flattering pleated skirt and neat peplum, with minimal accessories - just black stilettos and a slick of red lipstick finished off the look.

An even less likely style twin for Kate is Kim  Kardashian, who the Sarah Burton-designed dress for a night out in New York in August 2011.

Her micro mini version was a world away from Kate's demure take on the piece.

Like Tulisa, Kim's dress was sleeveless, and the skirt even shorter - showing that Kate, who is a full six inches taller than 5ft 1in Kim - must have had her longer version custom made for today's appearance.
Posted by Salon Kitty at 14:37 No comments:

Making waves in the swimwear scene are Australian design duo Indhra Chagoury and Jeremy J Somers who launched their fast becoming cult label We Are Handsome in 2009.
Seen on Katy Perry, Jessica Biel, Rhianna, Miranda Kerr, Florence Welch and Tyra Banks the We Are Handsome range is so hot you won't want to get it wet - accessorise with a glass a champagne and oversized sunglasses!
For those of you feeling a little sun-phobic, We Are Handsome have for the first time this season expanded into printed silk scarves, so the less Marbella Beach Club inclined can get in on the action.
Available at Net-A-Porter, Matches and Selfridges.
Posted by Salon Kitty at 14:00 1 comment: